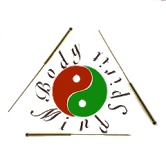 The Mind-Body Connection on Back Pain and Anxiety, Depression, Insomnia, Substance Abuse, and Stress

Today I came across a very interesting article about back pain. It is interesting not only as a health provider, but because I also suffer for back pain. It was no surprise to me to read about how it may have its roots in psychological disorders and stress. In essence, it gives some facts I want to share with you, and if you are interested in the mind-body connection, there are lots of fascinating articles and studies in the internet on this topic. Some that seemed interesting were writings from Shannon Harvey, Louise Hay, Deb Shapiro, Moises Velasquez-Manoff (When the body attacks the mind), Juan David Nasio (Los Gritos del Cuerpo), and many other authors who have written in the topic either from a physical or a psychological standpoint.

The article I am going to refer about was written by researchers in Angelia Ruskin University, Cambridge, UK The researchers investigated low to middle income subjects with back pain in 43 different countries. They found that in those countries, back pain affected 35.1% of the population. One may think this is understandable, given that it involves the working class population, and they may have physically straining jobs.

In another study from the Hospital for Special Surgery in NY City, the investigators found that adults with spinal deformities showed that 36.5% also suffered from psychological disorders. Older adults (55-74 years of age) more often suffered from anxiety, depression, and sleep disorders, whereas younger adults more often suffered from substance abuse. In conclusion, the study showed that one in three adults with spinal deformities also show at least one psychological disorder.

Both articles suggest that the link between these physical and psychological conditions has not been extensively investigated. There’s arguments on both sides. In other words, we still don’t know which condition came first. However, for us, as part of the population of people who suffer from chronic back pain, it is evident that we need treatment from any of these conditions sooner than later before it gets to where we have no choice but to get surgery of the spine, and/or tons of psychotropic medications with their inevitable side effects.

If you are one of those people who have chronic back pain and/or anxiety, depression or insomnia, make an appointment today at acubalancecenter.com to get treatments and relief from physical and/or psychological pain.

The Mind-Body Connection on Back Pain and Anxiety, Depression, Insomnia, Substance Abuse, and Stress was last modified: August 6th, 2021 by admin

This article was posted in Acupuncture Research. Bookmark the permalink. Follow comments with the RSS feed for this post. Both comments and trackbacks are closed.
(713) 444-3249 Directions Contact/Schedule